This product has been discontinued.

Everyone today has the same Drum Kit libraries as they are derived from other libraries and beat machines. We wanted to do something special, yet we wanted to sound contemporary and cater to new Hip-hop, Trap, EDM composers, producers and bring an extra flavor to their music.

Get Fresh Drumkits – 1200 one-shot drum sounds organized into 100 Kits (2.5 GB) in the plugin and also contains 1200 WAV files for you to load in your hardware and other software samplers.

Everyone today has the same Drum Kit libraries as they derive from other libraries and beat machines. We wanted to do something special whilst sounding contemporary and catering to new Hip-Hop/Trap/EDM composers/producers, to deliver an extra flavor to their music.

We went to India and recorded some amazing Indian Percussion sounds with some of Bollywood’s top musicians of – all of these sounds were treated with outboard EQs and Compressors, to make them sound even more punchy in the context of today’s music.

This is a genre-defining library in itself! The plug-in is well designed to fit in with your workflow containing 100 kits of perfectly engineered sounds, which go well together and cater to Trap, Hip-hop, OVO, EDM, and even your own new genre (s).

Whether you a Beatmaker or a film composer looking for new sounds, this plug-in library will amaze you! 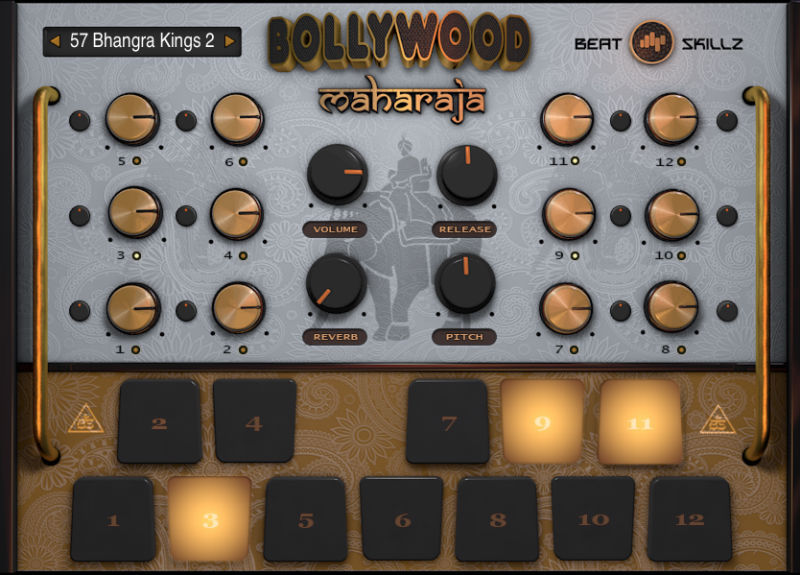 Note: 1200 one shot wav files also included in this pack for loading into hardware and other software samplers.