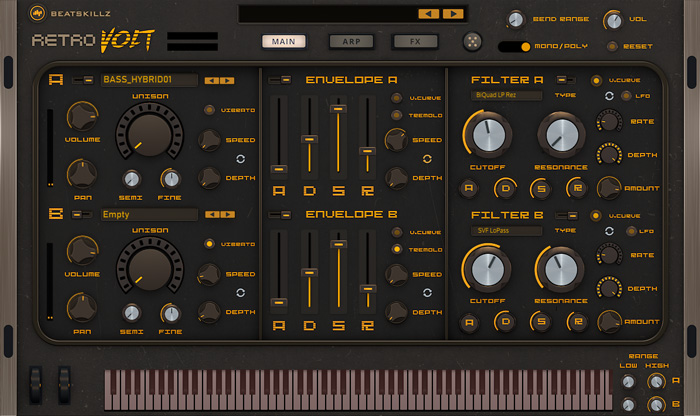 Our love for 80s synth-pop and industrial synth sounds led us into developing RETROVOLT! With already very successful 80s romplers like Retro Keys, and Synthwave keys, we wanted to do something very different and with extreme power and synth engine capabilities that we had never done before. One year of development later, we have RETROVOLT!

NOTE: THIS PRODUCT IS NOW DISCONTINUED

This plugin contains over 500 factory presets made with a 2 Oscillator (Sample Map) architecture and a full synth engine with various filters, envelopes, LFOs and also a full-blown 10 slot multi-effects system. An arpeggiator is also provided to further modulate the sounds in step sequences.

We meticulously multi-sampled (multi-velocity and multi key-zone) our synth collection, consisting of synths by Roland, sequential circuits, Oberheim, Yamaha, Waldorf and others. We ran these synths through various pre-amps and sometimes compressors for a rich tone. So the good news is that the oscillators are not computer-generated “static” waveforms, but deep-sampled and dynamic sounds captured from real synths!

The Factory Preset Banks consist of Bank A – Aggressive and Thick “cutting” sounds, which can fill up the entire bandwidth, Bank B consists of more subtle yet “rich” presets to get your inspiration going & Bank C consists of simple pure sample map based sound, so the users can (if they wish) use these as a starting point to develop their own sounds and use the synth architecture for sound designing.

Retrovolt contains brand new sounds not repeated from anywhere else before. We hope these will freshly inspire you to make great music whatever the genre.

By the way, did we mention that we have an automatic preset generator in this thing ??? Yes! Just press the “Dice” icon near the top menu of the plugin, and “voila!” Unlimited new presets will be generated. I hope you enjoy this synth as much as we did making it.

500+ Factory Presets included , users can also save their own presets

Bend Range
Here you can set the pitch bend range both up and down using a single knob control. The range permitted is : +/-Semitones.

Vol
Adjust the final output volume levels going out of the Retrovolt synth. Trim or increase the overall output by -inf to +12dB.

Mono/Poly
Turn the entire synth into a monophonic instrument or a polyphonic one with this switch.

Reset
Reset all parameters of this synth to their default values. This is great when you want to develop your own patches from scratch.

Page Navigation (Main/Arp/Fx)
Select the page you want to edit, the main page, the arpeggiator page or the effects processing page.

Select the playable range of sample maps A & B with overlaps, the colors of the keys show their discrete upper and lower ranges as well as overlapping keys.

This action of the main page lets the user select from the factory sample maps of the various sounds and categories for both oscillators A & B individually. This is the starting point using the sample-based maps to make your sounds as you do in a synth choosing a starting waveform shape. The sample maps provided are for more complex containing multiple samples across the playable range and often multi-velocity samples. There is a switch to turn on and off the sample map for A & B. 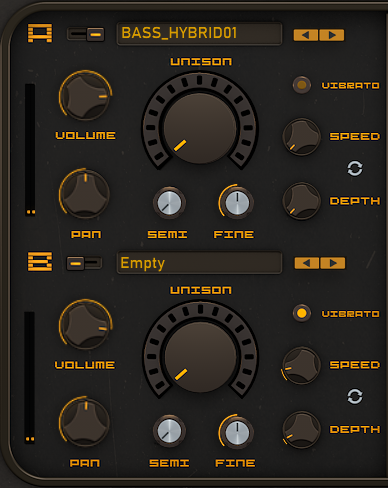 This adds multiple copies of the oscillator to add “thickness” to the sound much like older vintage analog synths. 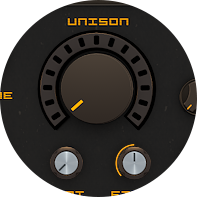 This controls the volume and panning of the oscillator. 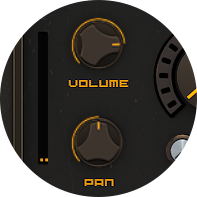 You can transpose the key of the sample map (oscillators A & B ) by semitones or by fine increments by cents using the SEMI & Fine. 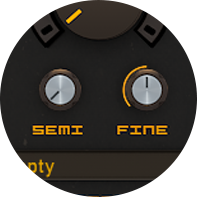 This is the traditional pitch modulation effect found in earlier analog synthesizers. This uses an LFO with
“Speed”, “Depth” and “Sync” to tempo controls to change the speed and depth of the vibrato effect.

Turn the vibrato effect “on/off” per oscillator A & B using the button provided. 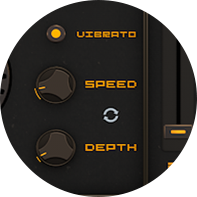 This is the section where you can control volume, Envelope of an oscillator ( A or B )

The ADSR controls the Attack, Decay, Sustain and Release of the sample map ( Oscillator ) 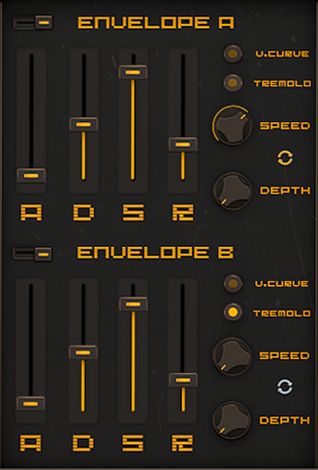 The user can switch on a velocity curve that affects the loudness of the sample map (oscillator). This curve can also be accessed by ” Double-clicking” the V.Curve button and then use the mouse to draw in a preferable curve” also the depth control to control the amount of effect this curve has on the velocity sensing. 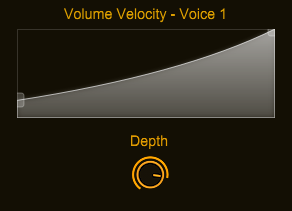 This section has 3 controls – Speed, Depth & Sync to Tempo.

This is again an LFO that modulates the volume of the sample map from a min to max value using ” Depth ” and ” Speed ” for the rate of the modulation. 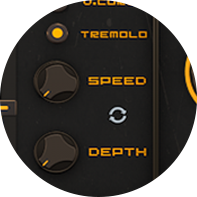 Controls for Filter Cutoff, resonance, A D S R for the filter and amount of Filter modulation have Rate, Depth & Tempo Sync controls.

V. The curve or Velocity curve for the filter also allows the user to modulate filter cutoff via key velocity. By “Double-clicking” the button, the user can also access the Curve & Depth. 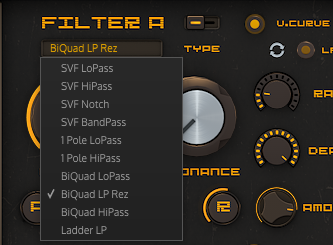 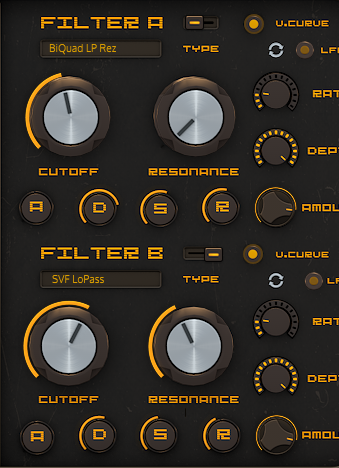 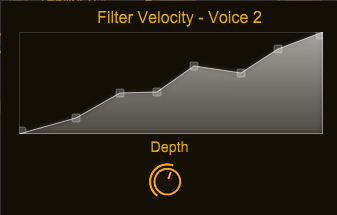 The arpeggiator page has 3 lanes containing the parameters velocity, Note Lenth & Pitch Offset. These parameters can be step sequenced with different values per step with a range of their maximum to minimum values.

The number of STEPS can be changed from 2 to 32 via its control.

The Tempo control sets the time division for the arpeggiator ranging from 1/1 to 1/64T Straight and Triplet values can be selected.

The SWING control sets a swing factor for the sequence playing from 0% to 100%.

The OCTAVE control sets how many octaves the arpeggiator can play ranging from -2 to +5 octaves.

The INCREMENT control allows the user to skip steps by a value range of -12 to +12.

The DIRECTION drop-down menu allows the user to select the general direction of the performance of the sequencer when it plays through the steps. The options provided are: Up, Down, Up-Down, Down- Up & Random.

The Settings Drop Down menu allows the user to store up to 20 step sequences/arpeggiator patterns by selecting the setting number and pressing the “Disk” icon button to save the current settings on the page.

Everything from a Chorus to convolution REVERB, EQ Saturation, and other effects are included in this section.

Multiple great-sounding impulses have been included for the convolution Reverb.

Each effect module can be switched on or bypassed and upon clicking the module, the respective parameter controls will show up.

Right-click on the parameter and then move your choser control on your midi controller to assign it.

Automation can most controls can be recorded for the most of the controls directly to your DAW, depending on the capabilities of your DAW. 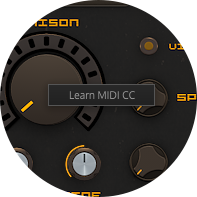 This synth includes a very unique feature, whereby pressing the ” DICE ” icon on the top bar, makes the synth generate random setting on the controls and select random sample maps. This can lead to some pleasant surprises when you want to design your own presets, as it leads the user into the sound design world by giving the user a new and unique starting point to design fresh sounds using the entire capability of this synthesizer. 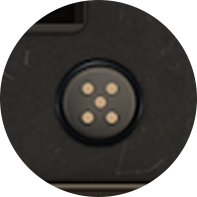 When you unpack your product you should have these folders and files:

Running the installer or package file will ask where the sample content is and where you want to install it.
Point this to the files extracted from RetroVolt_sample_content.zip

The Installation will make a folder for the instrument containing the following:
1. the uninstall program
2. a copy of the factory presets.

It will also add an item to your start Menu so you can quickly access the manual, the uninstall program, and stand-alone program if there is one.

The Mac package will make an application folder at:
/applications/Beatskillz/RetroVolt. This will contain the following:

1. A copy of the factory presets.

Once you’ve run the installer/package you should refresh you plug-in list in your DAW and the plug-in versions of the installed instrument will show up.