NOTE: THIS PRODUCT IS NOW DISCONTINUED

I am really not shure if PLUG INS are the real thing (in sound) . I´m a producer and synth collector for 30 Years. I have some Nice synths and it was always difficult for digital designer to create a synth that does a good job. Then I bought DARK -KZ. WOW, thank you GUYS ! That DOES work!! ZZZ 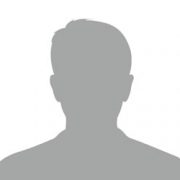 Sounds inspired by the works of John Carpenter, Jerry Goldsmith, Jan Hammer, Harold Faltermeyer and others.

Meticulously sampled and designed from the ground up using Oberheim, Sequential, EMU, Akai Moog, and other synths and samplers. Treated with legendary outboard effects, EQ, compression, and saturation to inspire you instantly. Just Load & Play!

DAW-based known issue:
Reaper users may experience the crashing of their DAW while loading the plugin.