Save time and money by purchasing the Synthwave Bundle. This Bundle contains Synthwave Drums and Synthwave Keys.

Synthwave/Vaporwave & Nuwave are new 80s revival genres of music with a modern twist, Bring back the 80s feel into your music by using Synthwave Bundle packed with a collection of 100 fabulous samples presets in synthwave Keys and 1200 high-quality Drum sounds in synthwave drums. 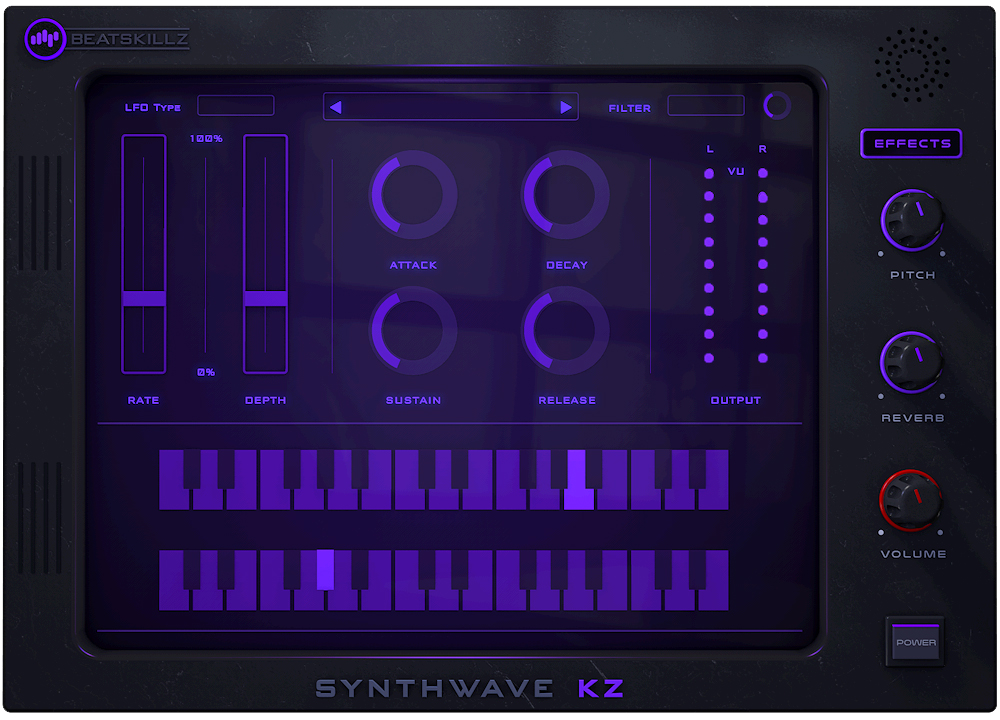 Synthwave / Vaporwave & Nuwave are 80s revival genres of music with a modern twist. This style has soon come up from the underground to the mainstream with countless artists releasing new tracks with the “synthwave flavor”.

This virtual instrument is a collection of 100 fabulous sampled presets from various analog synthesizers running through legendary effects and outboard gear.
This process brings a rich and unique “analog” quality that is different from virtual emulations of real synthesizers.

A wide palette of instantly recognizable sounds from basses leads to pads and effects has been carefully designed and programmed to inspire you. Just plug and play is the motto at beatskillz. This helps to focus on music and creativity rather than get lost in endless sound tweaking to get results.

Our sample playback engine includes effects such a global pitch, reverb, LFO, ADSR and a multimode filter for further tweaking of the sounds.

This sound set is inspired by the works of artists such as Kavinsky, The Midnight, Com Truise, Mitch Murder, Dynatron, Time Cop etc 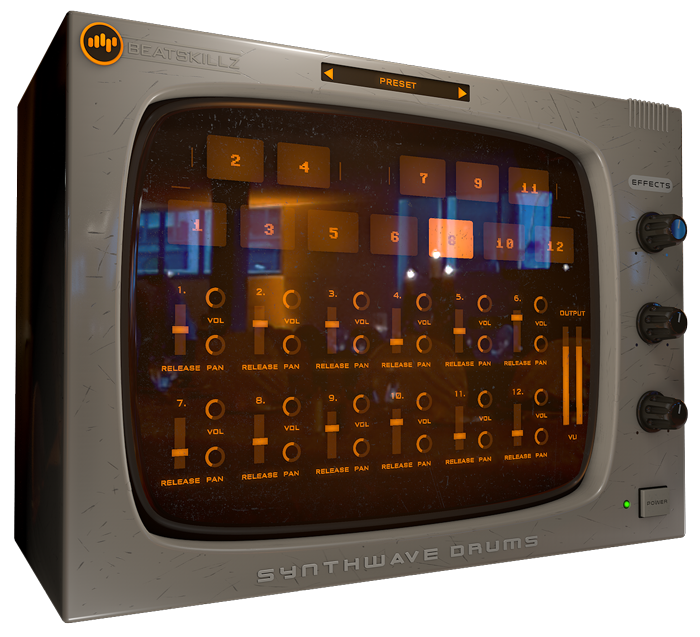 The 80s defined the era of Synthesizers and Drum Machines. This is the time when great musicians suddenly had electronic instruments at their disposal, and a new genre of music evolved. Certain drum machines defined and made the 80s sound instantly recognizable. These drum sounds came from early samplers and analog synthesis. Romplers/ Samplers were 8 and 12 bit and made any sample put into them sound “unique” and it did not sound like the original recording. Lower sample rates of 10-22khz and early D/A converters also played an important role in defining the Drum Machine Sound!

We’ve done the hard work for you and given you over 100 preset banks of 12 sounds per preset. That’s over 1200 drum sounds!
We didn’t just stop there, our plugin GUI has been designed to inspire you and put you in the mood for “synth wave”

Stereo and Multi-output plugin instances :
We have provided separate installers for the Stereo Mix output of the drum kits and also individual multi out versions of the plugin. The Multi-out version lets you put each of the 12 sounds in a kit/bank onto its own channel in your DAW, allowing you to further process the sounds as per your liking.

*Please refer to your DAWs manual on how to open a multi-out plugin.

DAW-based known issue:
Reaper users may experience the crashing of their DAW while loading the plugin.